Welcome to the first volume of the We Love Music series.

Here we will share songs, albums and artists that we are passionate about for one reason or another. We hope you enjoy.

Critical Beatdown is the debut studio album by American hip hop group Ultramagnetic MCs, released on October 4, 1988. Production for the album was handled primarily by the group’s rapper and producer Ced-Gee, who employed an E-mu SP-1200 sampler as the album’s main instrument. Music journalists have noted the album for its innovative production, funk-based samples, self-assertive themes, ingenious lyricism, and complex rhyme patterns. 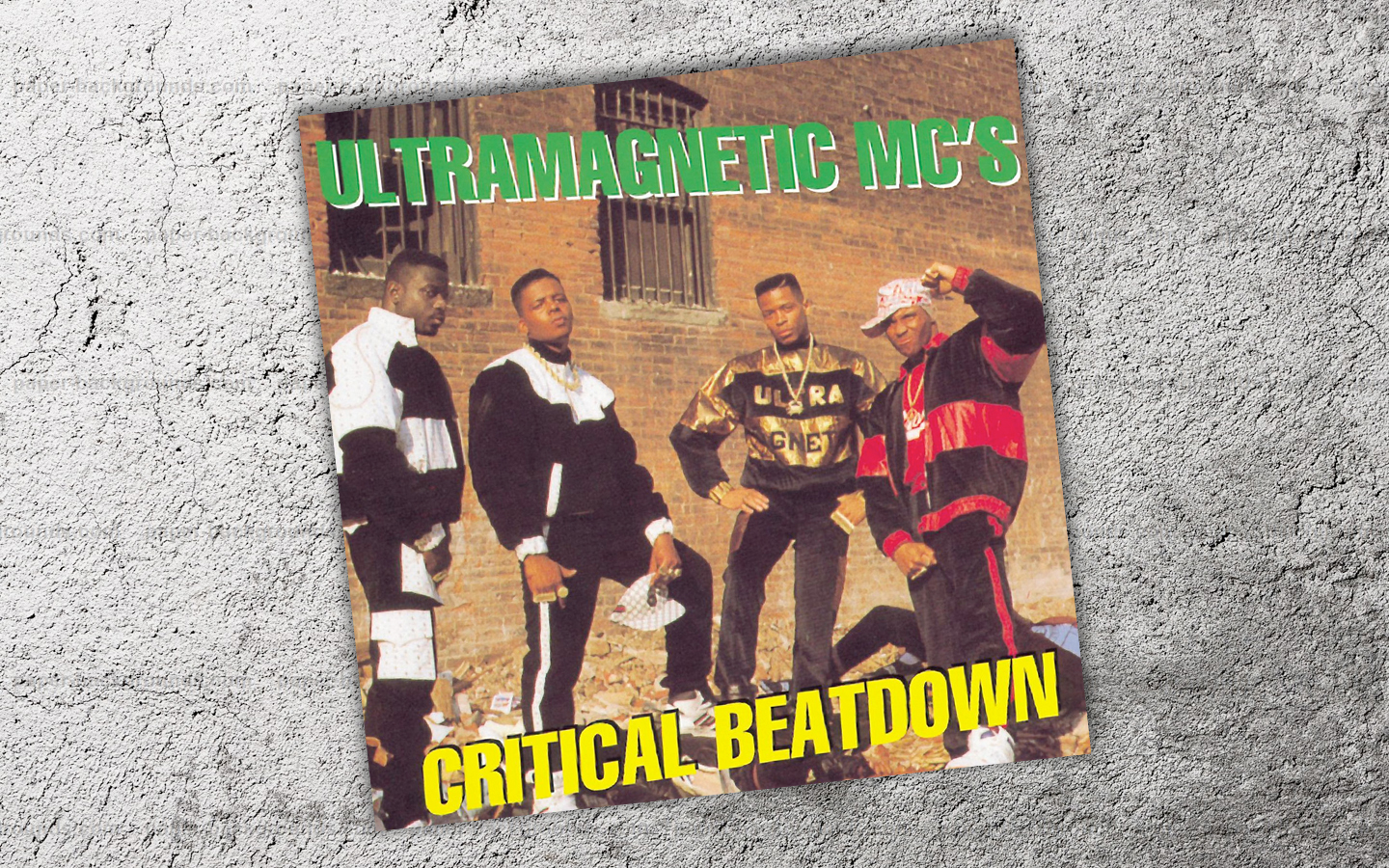 Although it charted modestly upon its release, Critical Beatdown has since been acclaimed by critics as a classic album of hip hop’s “golden age” and new school aesthetic. The album’s abstract rhymes in strange syncopations laid on top of sampling experiments proved widely influential, from Public Enemy to gangsta rap to several generations of underground hip hop artists.

They recorded a demo, “Space Groove”, in 1984 and released their first single “To Give You Love” in 1986. Other singles, including “Space Groove” and “Something Else”, became popular at block parties and earned the group notice in the underground music scene, eventually leading to the group’s signing with dance-oriented record label Next Plateau Records.

The group made a stylistic breakthrough with their subsequent 1986 single “Ego Trippin'”. The song boasted dense, minimalist production, featuring synthesizer riffs and a drum sample from Melvin Bliss’ “Synthetic Substitution”, and erratic lyricism by Ced-Gee and Kool Keith. The group’s 1987 single “Funky” showcased Ced-Gee expanding on his production style, incorporating a piano sample from “Woman to Woman” by Joe Cocker. Before the release of Critical Beatdown, he contributed to production on albums such as Paid in Full (1987) by Eric B. & Rakim and Criminal Minded (1987) by Boogie Down Productions.

This is must listen for any hip hop head or if you want a flavour of the true innovative sound then get a listen to this. Ultramagnetic MCs – Critical Beatdown