The Edinburgh Festival is the largest arts festivals in the world and We Love Design are right in the heart of it. We have designed and produced festival programmes for The Stand comedy Club, Assembly Rooms and most recently St Andrew Square Gardens. We have designed venue programmes, flyers, adverts, posters . . . you get the drift and we deliver strong branding and design consistently in one of the most densely populated promotional stages in the world over the course of August every year. We have delivered a high level of print design and branding since 2008 for these festival sector clients. We also design and produce all the of the promotional work for Glasgow International Comedy Festival including the main festival programme, which is Europe’s largest comedy festival and gets launched in Glasgow, London and New York each year.

We have been working with the team at GICF since 2009 and we continue to develop the brand as the festival grows year on year. Another festival which we are responsible for is Funny in Falkirk which Central Scotland’s largest comedy festival which runs in October each year. 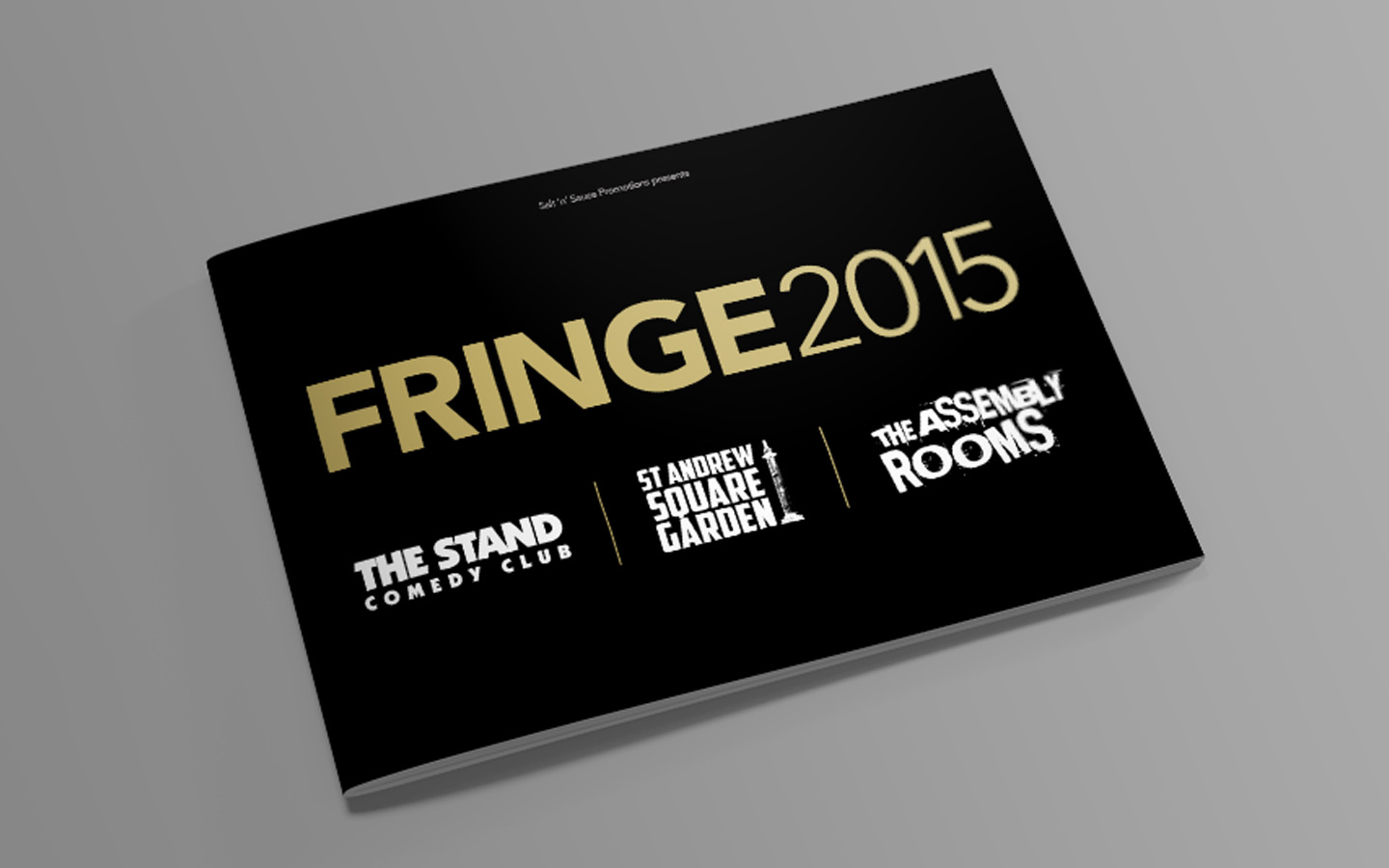 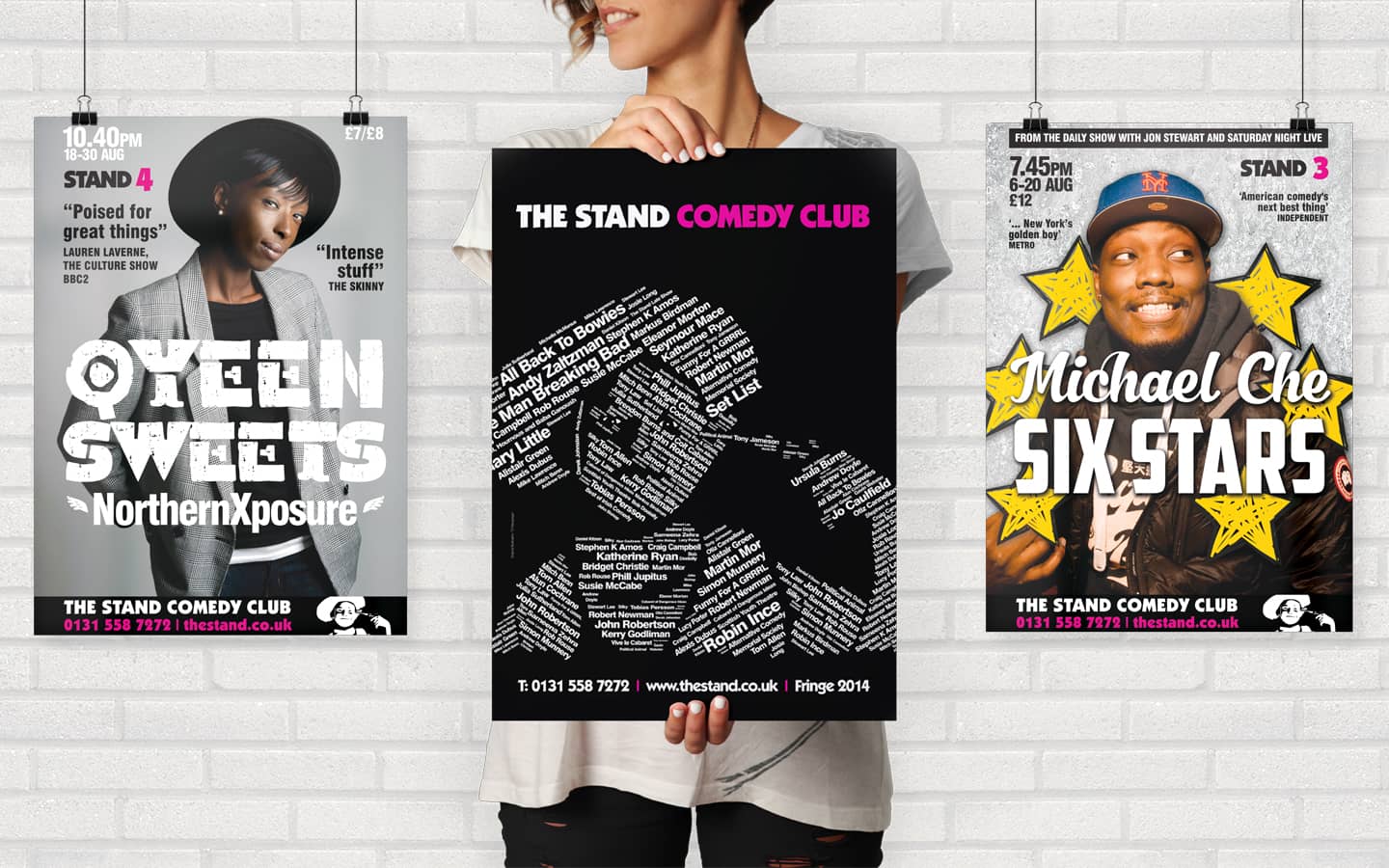 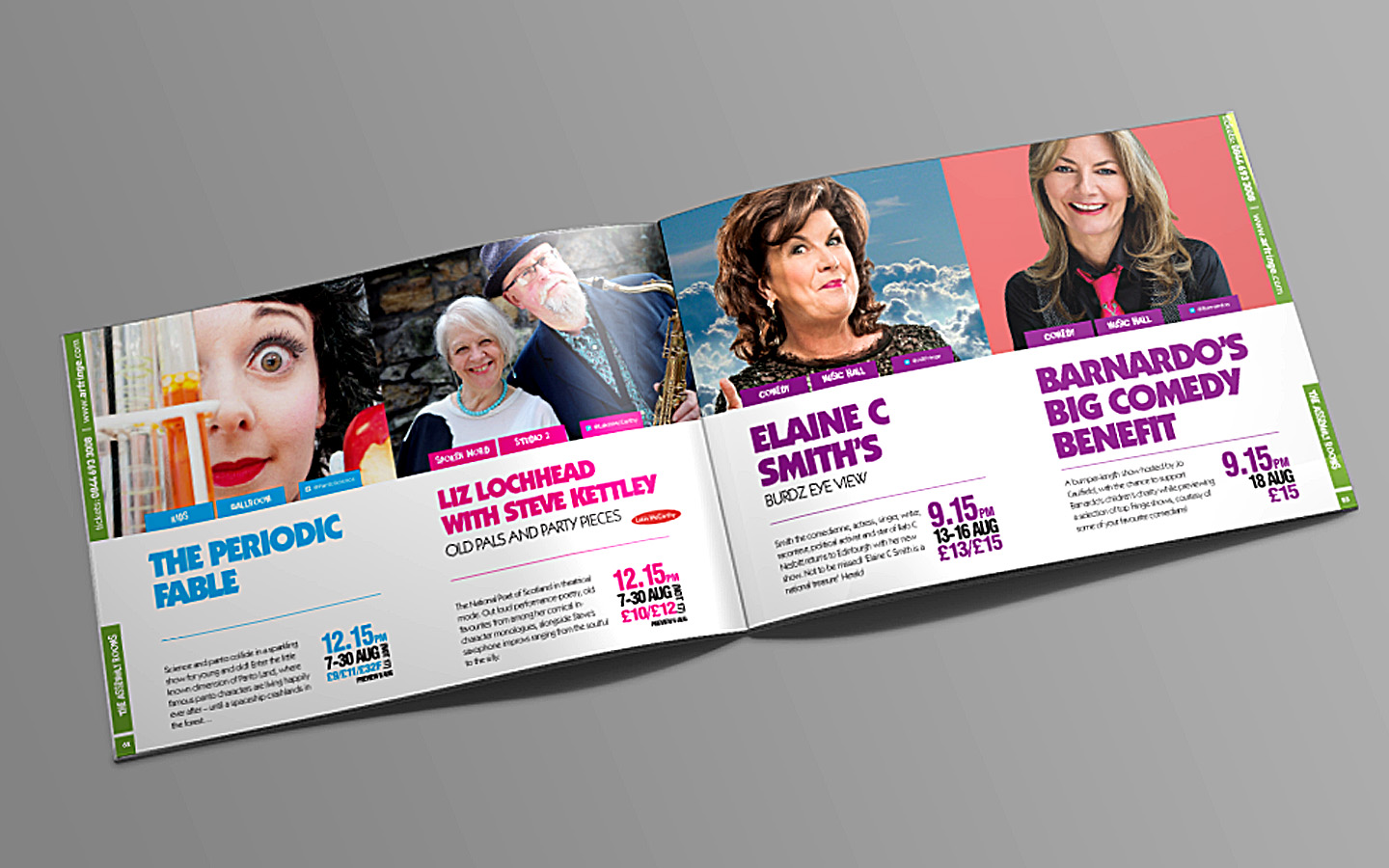 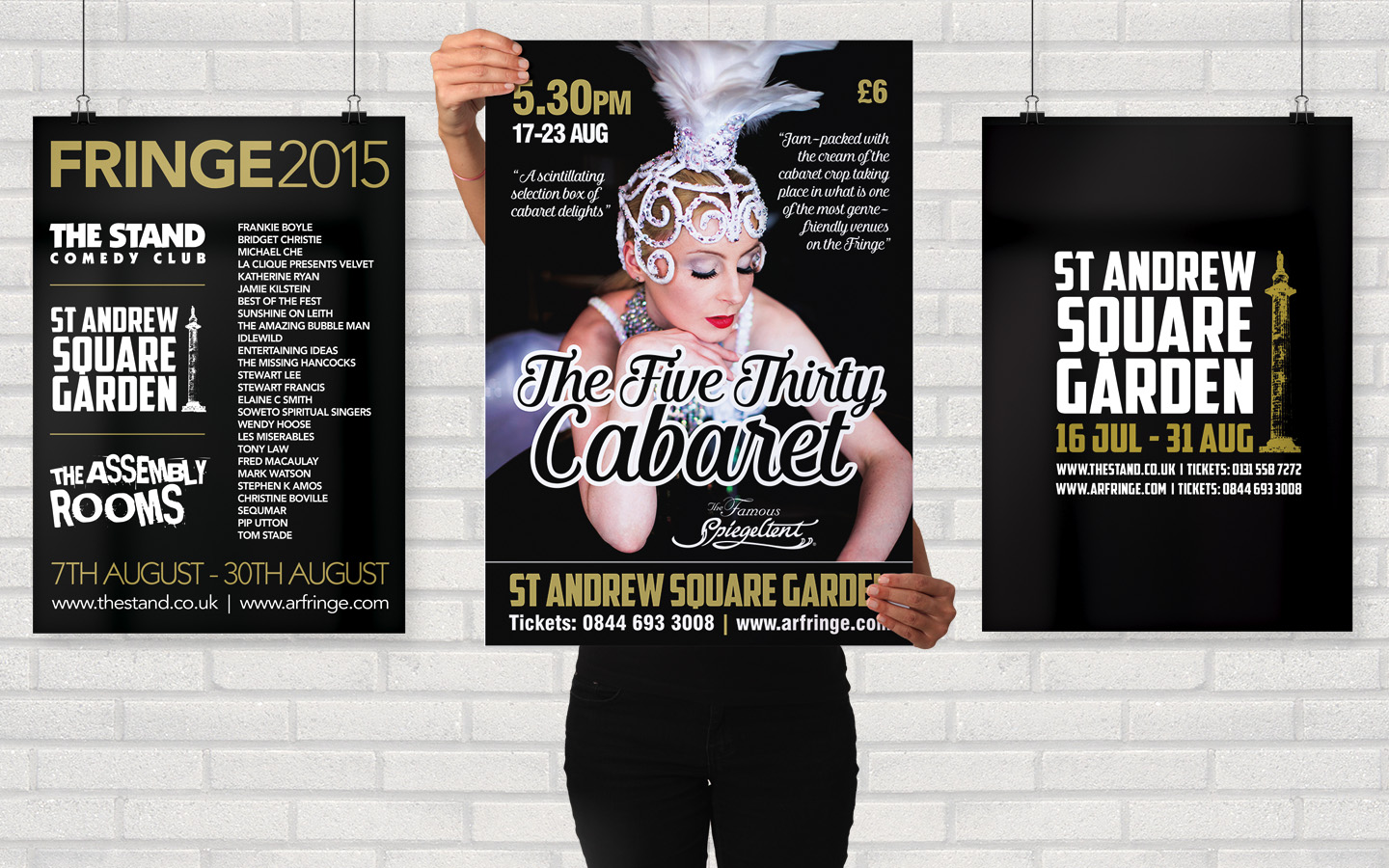 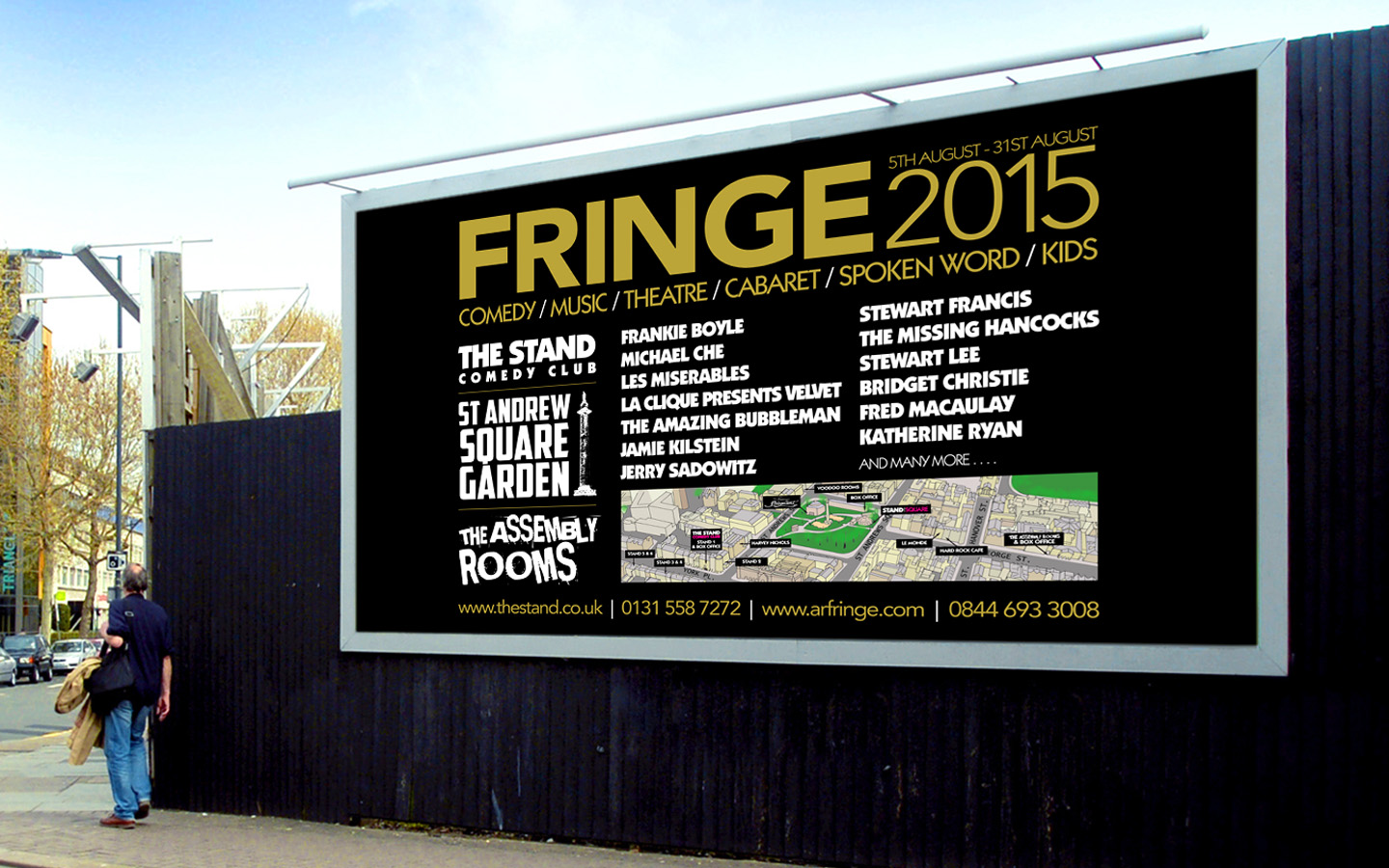 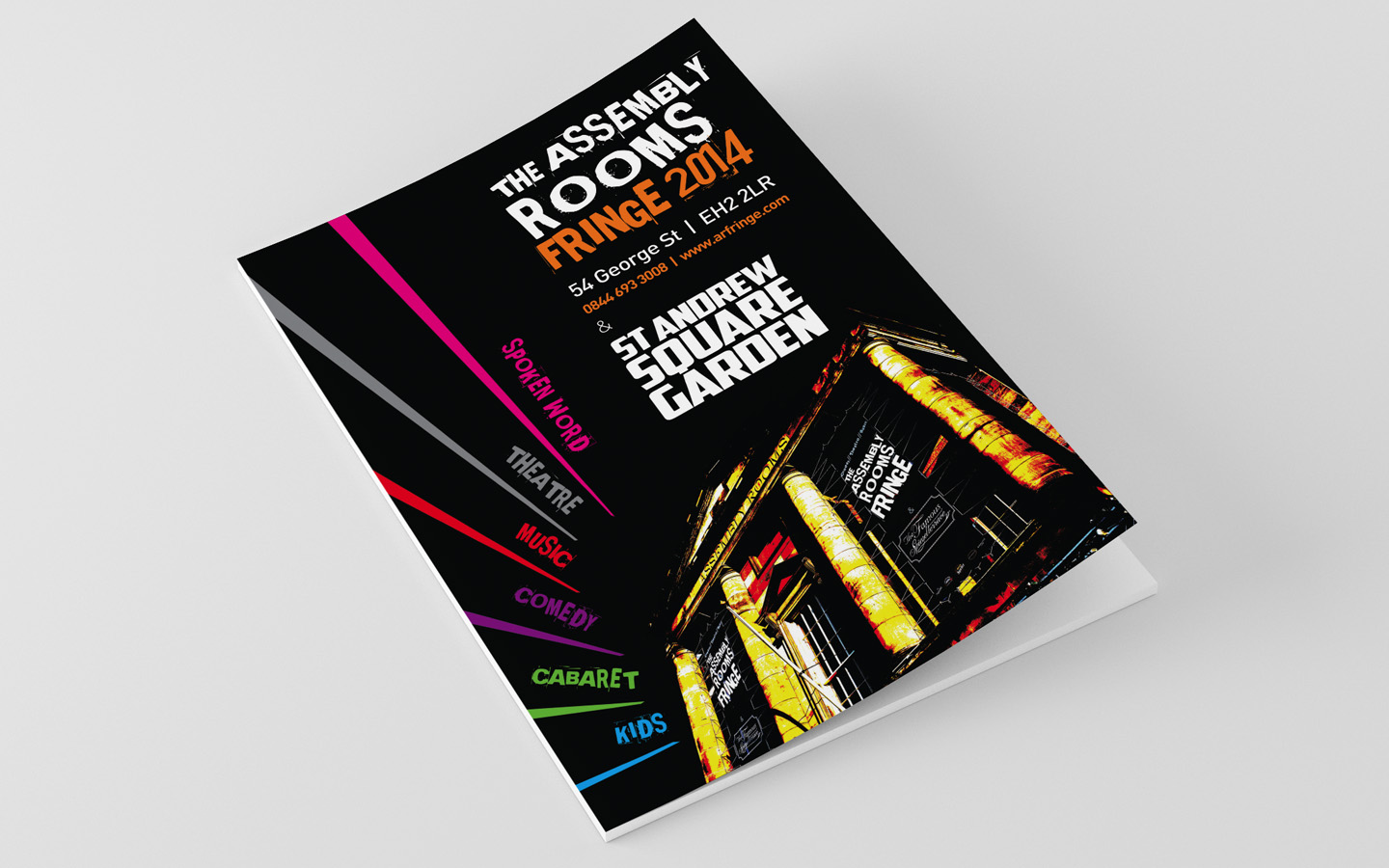 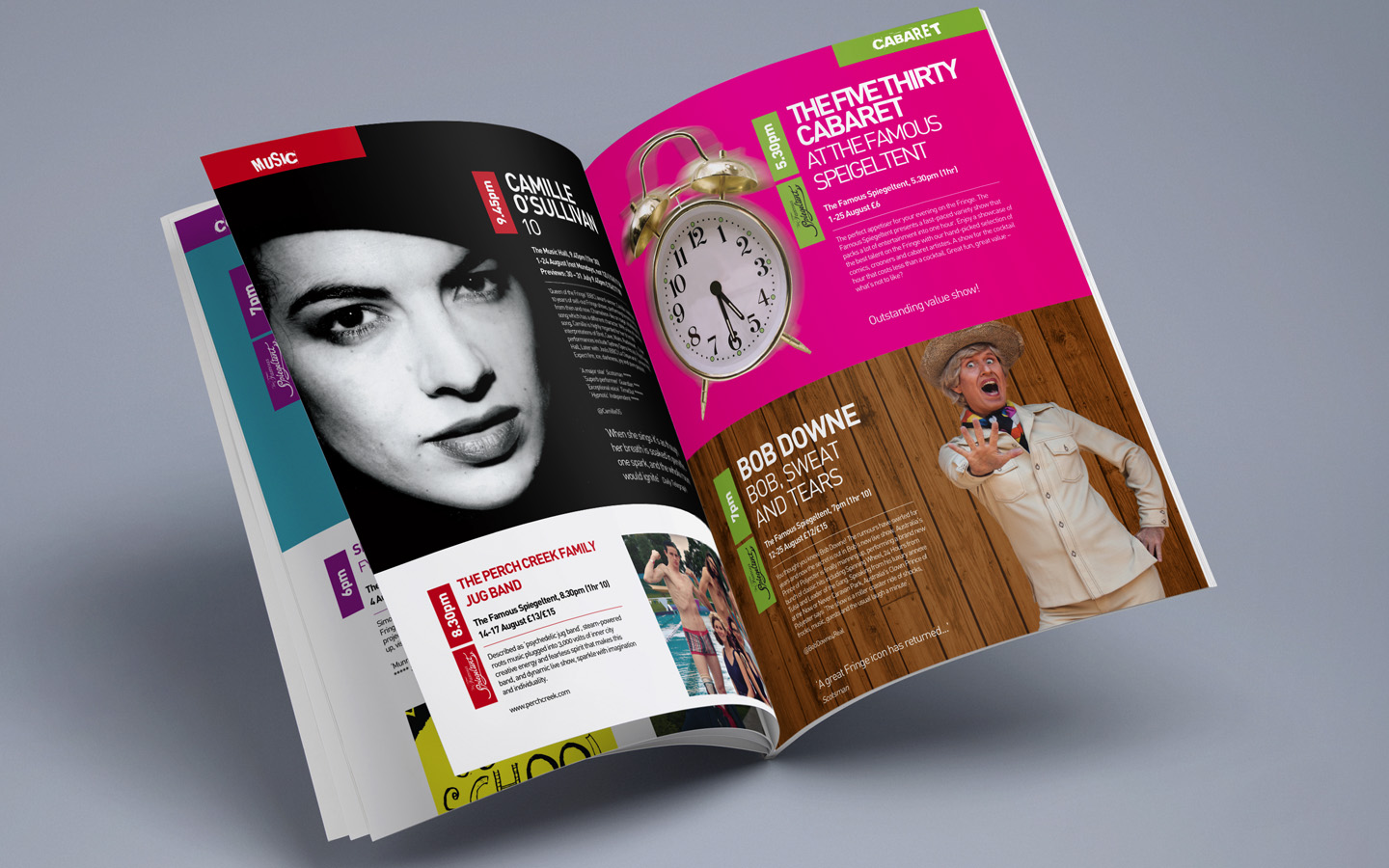 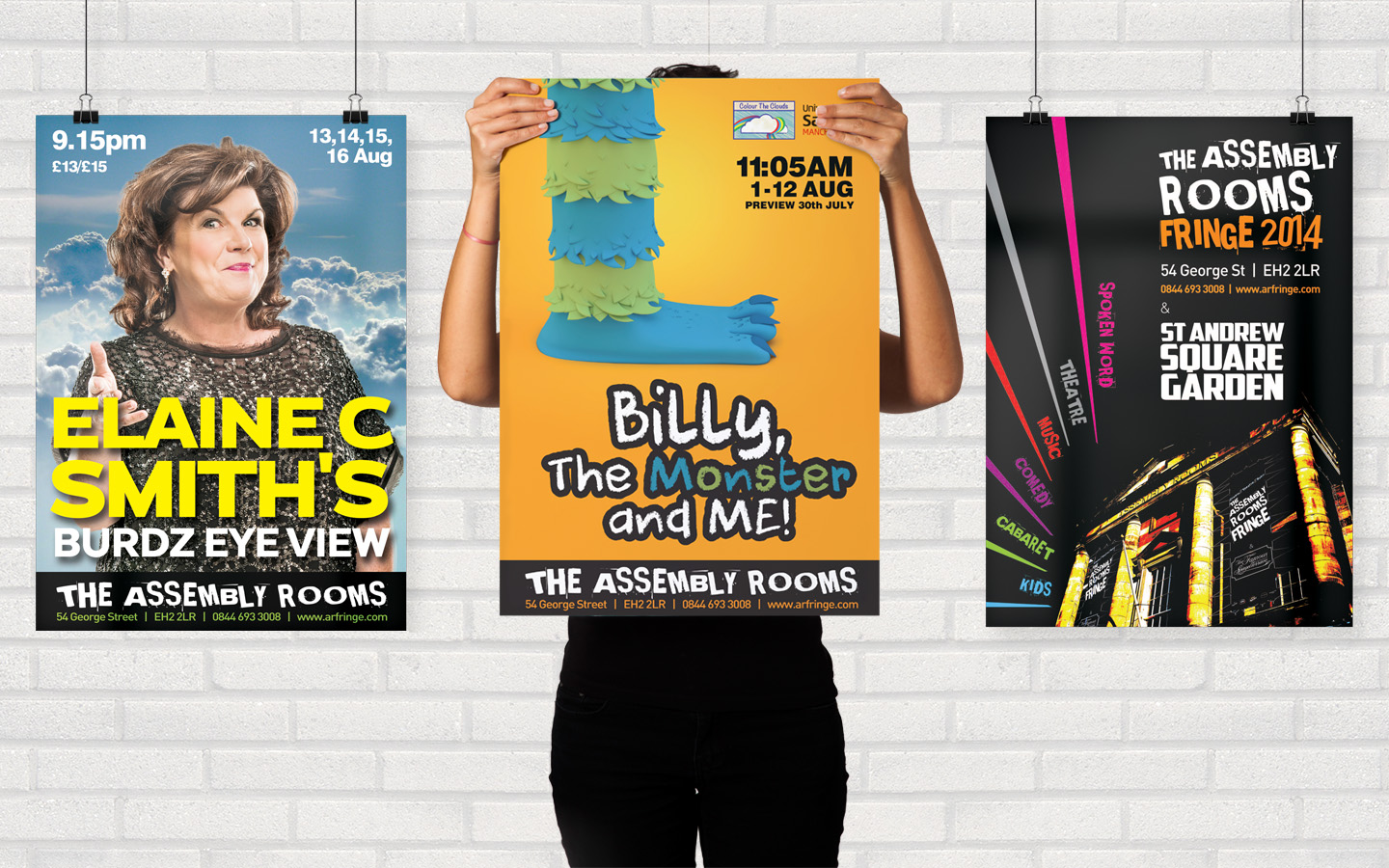 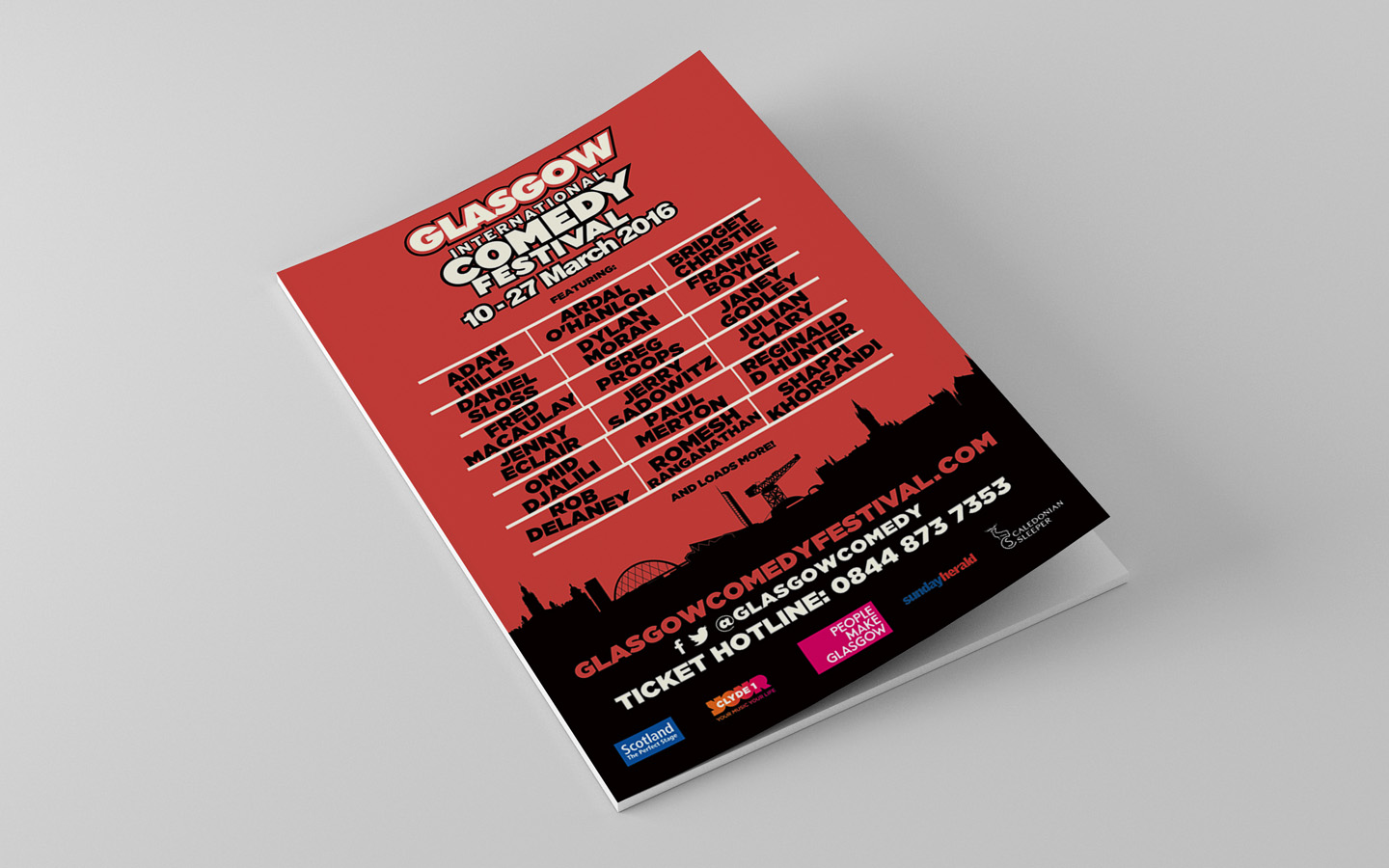 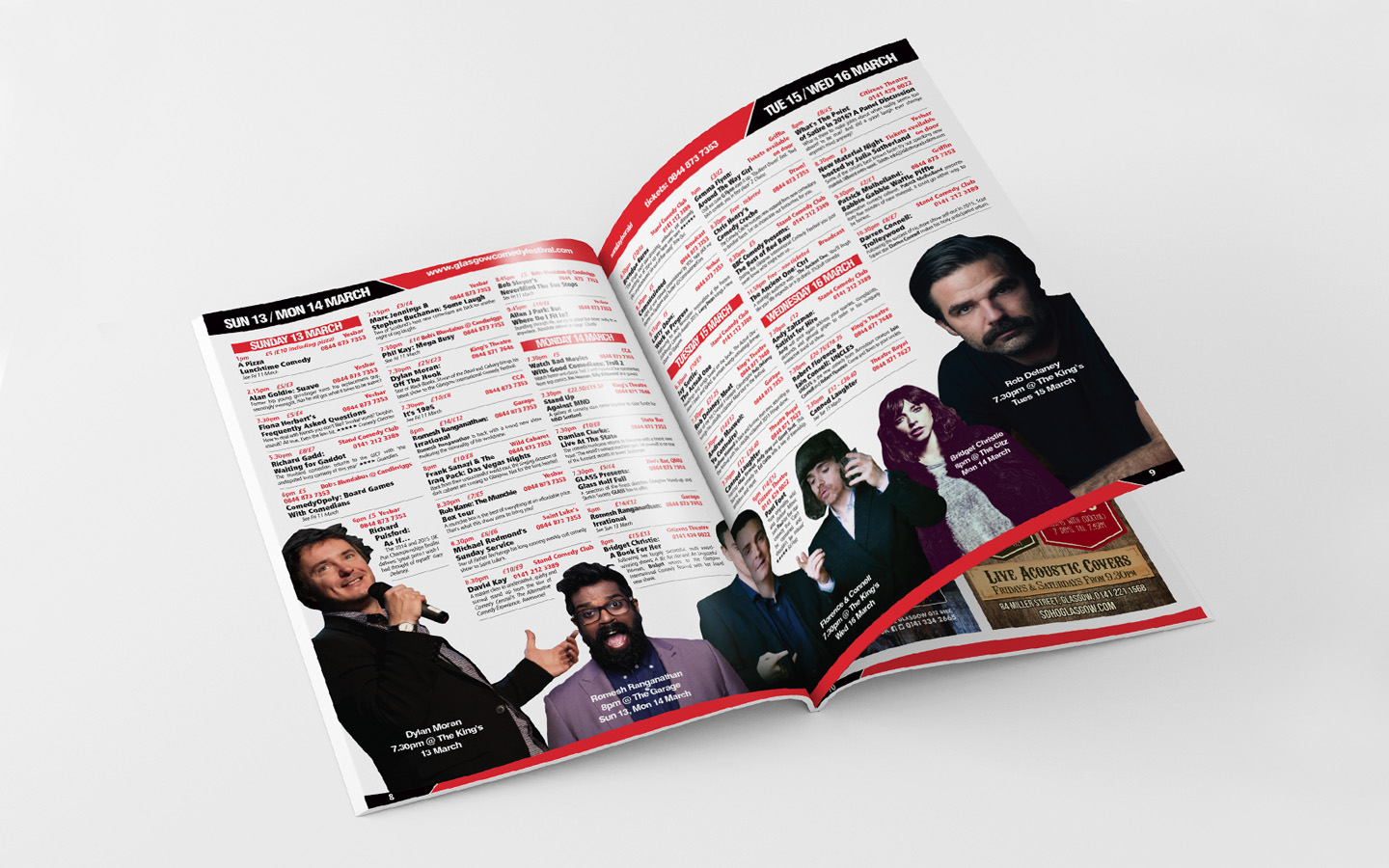 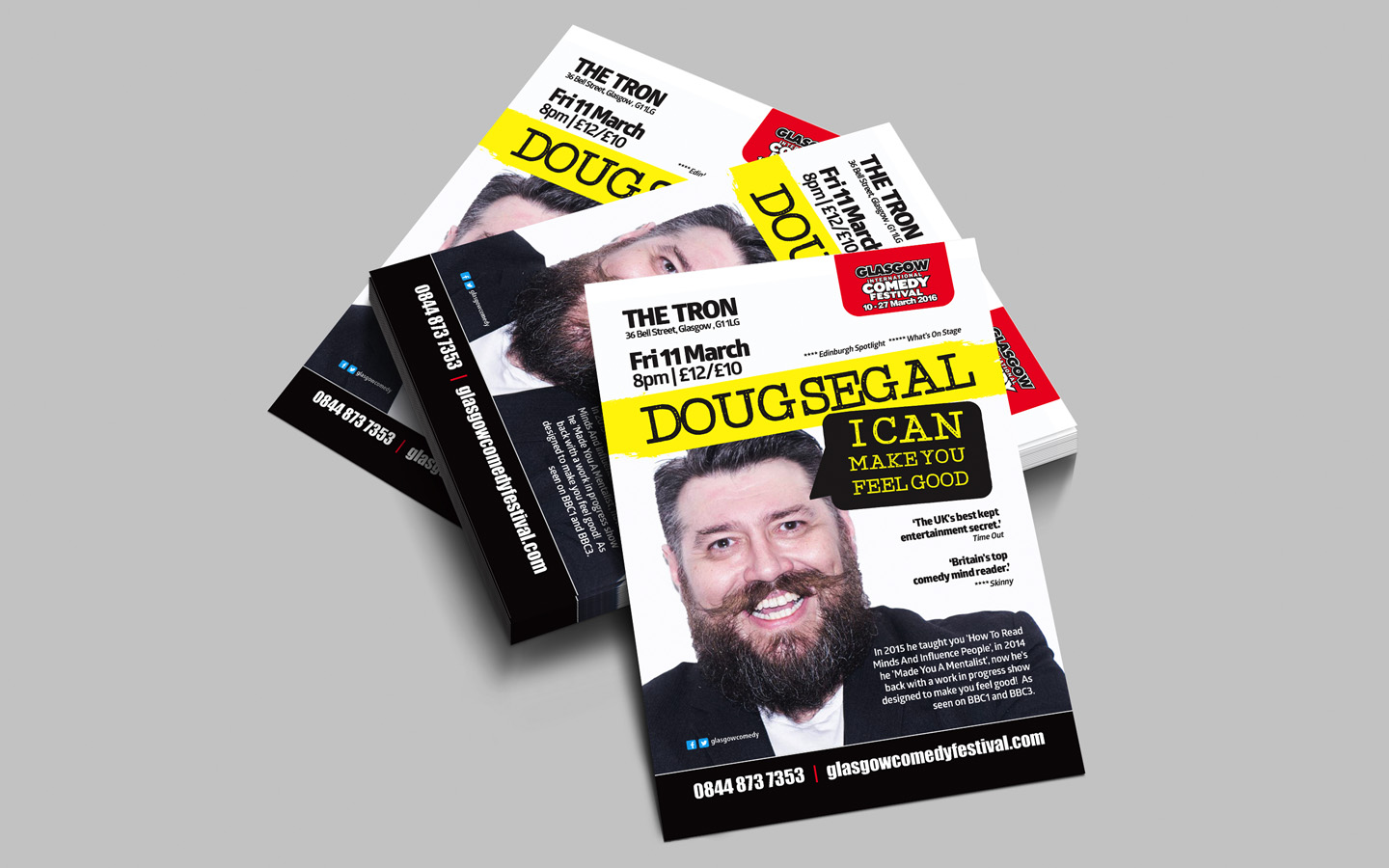 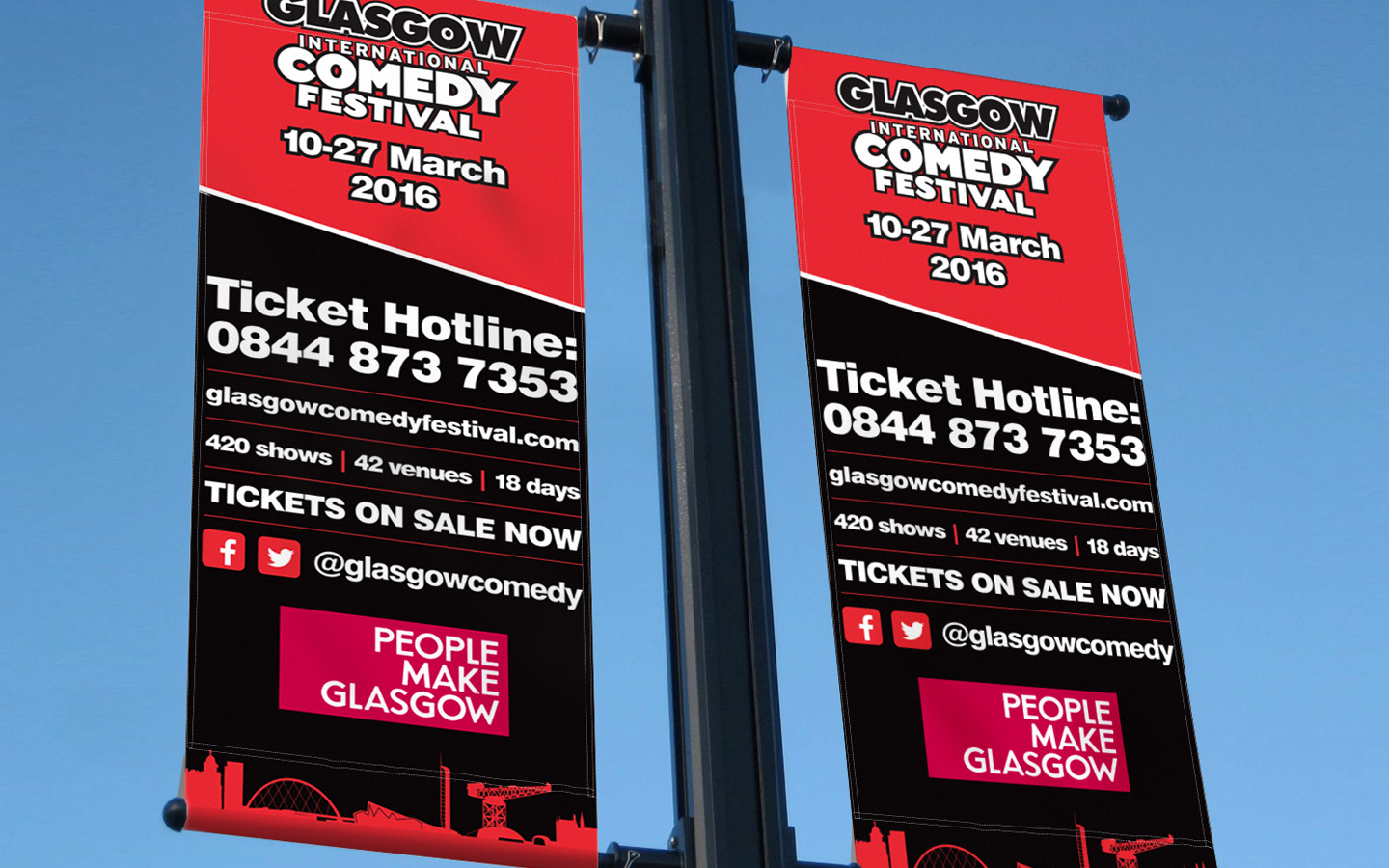 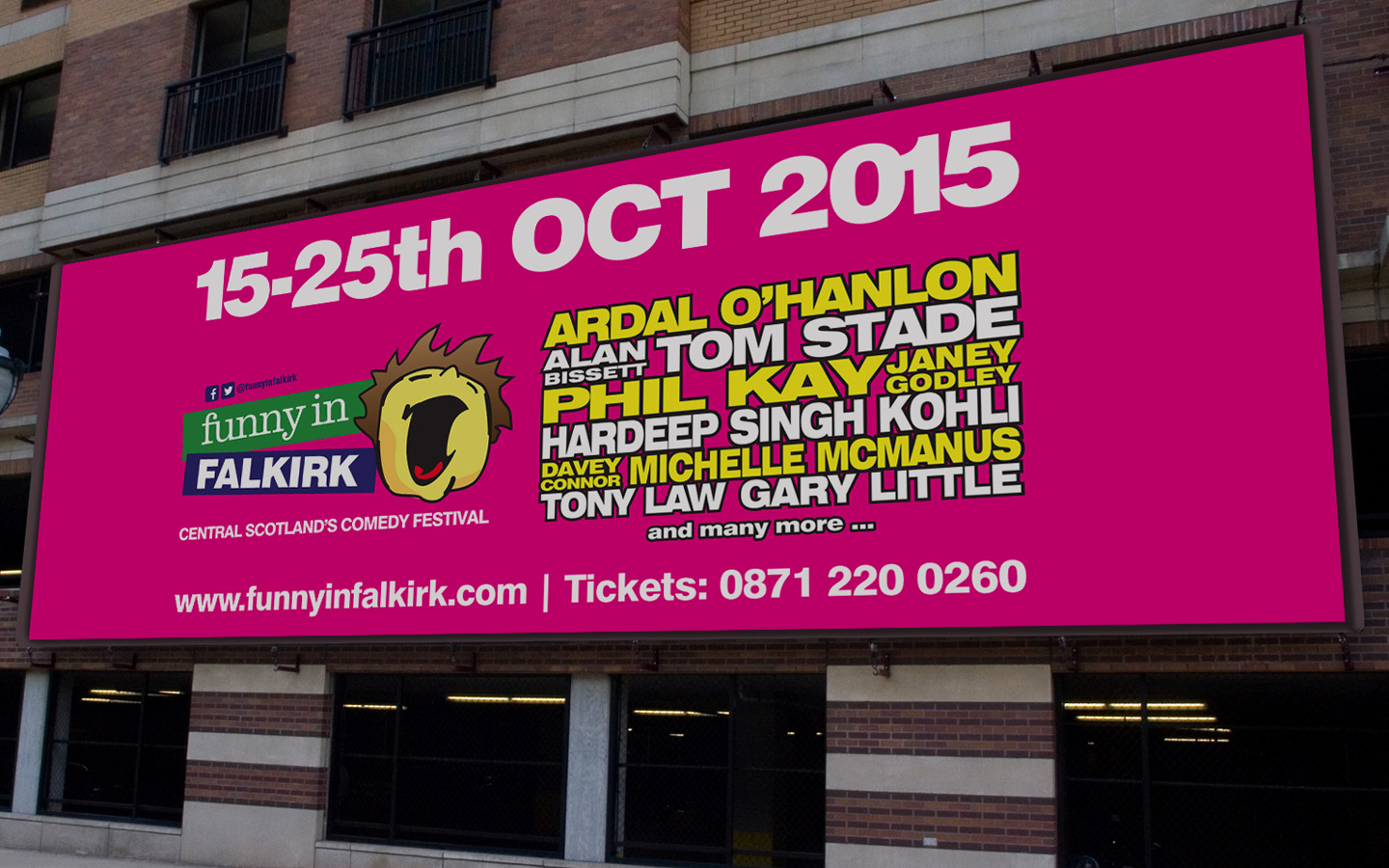 prev project all works next project